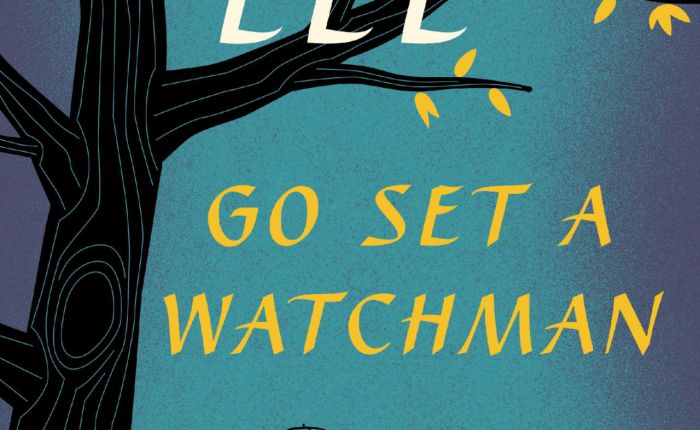 To Kill a Mockingbird was a childhood treasure – the book was in my father’s library ever since I could remember and was one of his favourites. Among his treasure trove of Somerset Maugham, Ernest Hemingway, Oscar Wilde and Cornelius Ryan, among others, Harper Lee’s classic took pride of place. The movie captured my imagination no less – my father was a great fan of Gregory Peck, who played Atticus Finch to perfection. Growing up in the midst of books – his gift to me was his love of reading and writing, he did both until his death in 2013 profusely – reading came as naturally as breathing. Even today, especially today, when less and less people read, the lure of a good book beats the glamour of the internet any day.

When I read about Harper Lee’s long lost and finally found book Go Set a Watchman, I wasn’t sure how it would turn out to be. The reviews were hesitant, given the content ; I found the book on a recent visit to Singapore – there was a banded offer on sale that combined both the books. With a retro cover that shows a train heading deep into the rural American South, the book felt a lot like going back in time. On all fronts, it seems.

Harper Lee is clearly a writer’s writer. The usage of words, the language is so vivid, you savour every sentence that is so beautifully crafted. I could live with the references to race in the book – it comes from a different era, a different time. It does not have to be politically correct but it has a story to tell, which, under the circumstances, made sense for the people of the time. A story that may seem stark and darker than we would like it to be, but there it is narrating and presenting a picture as it was during those days, in the deep rural South of the US.

Harper Lee’s writings cascade, much like the mighty Mississippi, in an ebb and a flow, making the writer in me want to re-read passages that are so beautifully captured. In your mind’s eye, you can see Jean Louise drive into town, play with her brother Jem and friend Hank under the chinaberry tree and the drinks on the patio on a hot summer’s day ; it was a world without iPods and Internet and you are held with awe with the way in which kids kept themselves occupied. You can understand her dismay at the courthouse as she watches her father take part in that dreaded meeting – and her reaction.

Yet for all its old world rhetoric, Harper Lee’s frank and no nonsense narrative asks a lot of today’s society that is governed by the principles of justice and equality. It also makes a sort of an inward looking plea, that makes you want to pause and think. Jean Louise might be a rebel and shocked at the Southern way of doing things well into the 20th century but there are many moments when you desperately want to see her deal with it and move on.

From another perspective,  there are other sides to the woman that Harper Lee so intricately presents, ones that you want to capture. One that struck me was her inability to accept another point of view, whether right or wrong. Sometimes we are like that too. We are too busy being right that we forget right or wrong, others may have various view points that at least should be listened to. There was a lot of that in the two elections we in Sri Lanka just concluded – so much of one sided arguments, whether right or wrong, cannot prevail. There should be room in an ideal world, for all sides.

But then, we don’t read fiction for lessons in race or race relations or to learn about the importance of being politically correct. There’s an earful of that everyday on media , especially in relation to shootings and protests. We read fiction to enjoy a good book and to remind ourselves that nothing is more enjoyable than a well written good book. Any day.