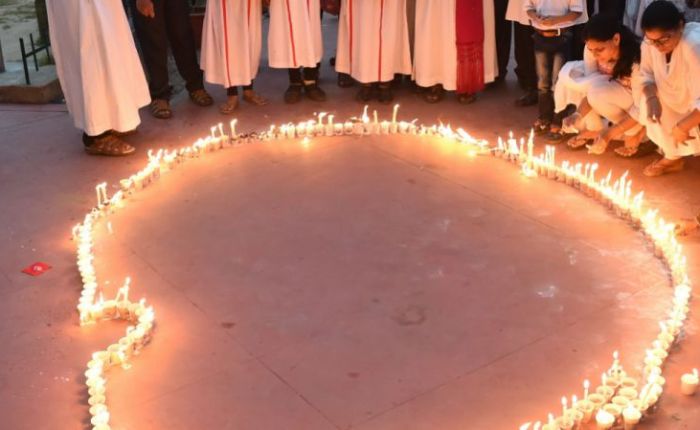 One month ago, on Easter Sunday 2019, suicide bombers set themselves off in three churches in Sri Lanka and three hotels.

Amidst the mayhem, the confusion, they killed almost 300 innocents, injuring over 500.

Among the dead were mothers and fathers, children and teenagers.

Some lost all – the entire families perished. Others lost parents and parents lost children.

Many were the sole survivors of their once beautiful and much cherished families.

Before we looked for the perpetrators, we tried to find the answers.

I too had walked out of the Easter Sunday service – my family and I were looking forward to the traditional Easter meal.

The pork chops I had bought sat in the sink where I had left them in a dish to marinade before running off to the usually packed church service.

There were many others who too would have dashed off to service that day, hoping to come back to clear the dishes or the cups. They were from areas that traditionally celebrated Easter with festivity and pageantry. They were rejoicing in the Lord’s resurrection, following the 40 days of fasting since Ash Wednesday.

They never got the chance.

Somewhere in Katuwapitiya, the Negombo neighbourhood that had over 100 snatched from its community in the Katuwapitiya St. Sebastian Church blast, the closed up houses would remain closed up. Maybe empty tea cups still sat in the sink ;maybe the traditional Easter meal was to be cooked.

We would never know.

The question still reverberates in our hearts.

Our hearts continue to be broken as we seek answers – as the armed forces do their job, the questions remain. Why and how did such despicable acts become almost ordinary for the suicide bombers, not some desperados with nowhere to go, but educated young men from rich families, blinded by hatred, walking so calmly into the churches and the hotels, with their deadly backpacks?

Last night, I saw an image of a young father cradling his dead daughter’s body in his arms in the bombed Katuwapitiya church. His daughter and wife both perished in the attack. He lost his entire world.

That image broke my heart into a thousand pieces. As did the images of Anusha Kumari, who lost her husband and her two children. The two young girls who lost their doting father in the St. Anthony’s Church Kochchikade attack. The children whose skin burns and injuries sustained in the attack on the Zion Church in Batticaloa burn our hearts every time we them. The young mother who had to face life saving surgery on the spine last week – she lost her son and was blinded in the blast. The British man who lost his wife and the two children in the hotel blast. The list is long and every needless death, every injury, tears at our heart strings.

Sri Lanka had been through a 30 year war that was as merciless and vicious as it could be. Suicide bombers blew themselves up in trains and city centers. Until ten years ago, when the war was finally won, we lived with check points, identity checks and fear of another bomb going off. We were resilient – we knew we would overcome.

One month following the attacks, we are still numbed with pain. Not a day passes by when we don’t think of the victims, their lives so cruelly snatched, their memories let behind. The psychological scars are stronger than the physical ones ; some may never recover from the loss.

For us , resilience has become not just a choice but a key component in our ability to emerge from a dented national psyche. How do we come to terms with the new normal of searching bags and vehicles, check points and suspicious glances? Where do we find a common thread that binds all of us as Sri Lankans? Can we find it in us, who overcame a war of greater proportions ten years ago, the strength, the power, the will to learn the lessons and emerge stronger?

These are the questions that surround us as I write this one month on.

Of course there is a way out.

Firmly entrenched in our memories.

As a child growing up in the Seventies, I remember a Sri Lanka that was so unique in the way her different communities were connected yet each individually proud of its own distinctive mark. Christmas was everyone’s festive season – Vesak was the occasion to celebrate the lights, Ramadan meant a biriyani feast and the Hindu Vel festival brought everyone out on the streets to watch the parade.

The differences were celebrated – they were never meant to exclude but rather, include all.

The Muslims were embraced by the Christians and the Buddhists – the Hindus were too.

Some traditions were too hallowed not to continue into the 21st century.

The famous Majestic City Hotel Biriyani that continues its champion status to this day – thanks to Rifai’s commitment to maintaining the quality.

The Green Cabin cream buns – no matter how carb conscious you are , you cannot resist biting into the cream filled centre.

The Piccadilly Cafe ice cream and the Bake House milk shakes – the list of Seventies nostalgia is endless ; there is tremendous potential there to revive the Sri Lankan spirit.

Food of course brings communities together in more ways than one.

It can do the same again.

Somewhere down the line, the oneness gave way to walls going up around the community – suddenly, there was an us and a them.

From then to now, there had been nothing but erosion ; of the old old fashioned values that were held dear and common to all.

Let’s all rally around a common Sri Lankan identity – one etched in food. Good old Sri Lankan dishes we all loved and still do. That are waiting to be discovered by the young generation as well.

That road my friend is still wide open – we just have to discover it.